WCK World Championship Muay Thai, “Matter of Pride” at Pechanga Resort and Casino featured local and international Muay Thai Kickboxers from as close as Chula Vista and San Diego, California USA, to as far as Brazil and the Netherlands.

There were WBC, WCK and IAMTF Muay Thai Title Belts on the line at the live televised event on Fox Sports San Diego. 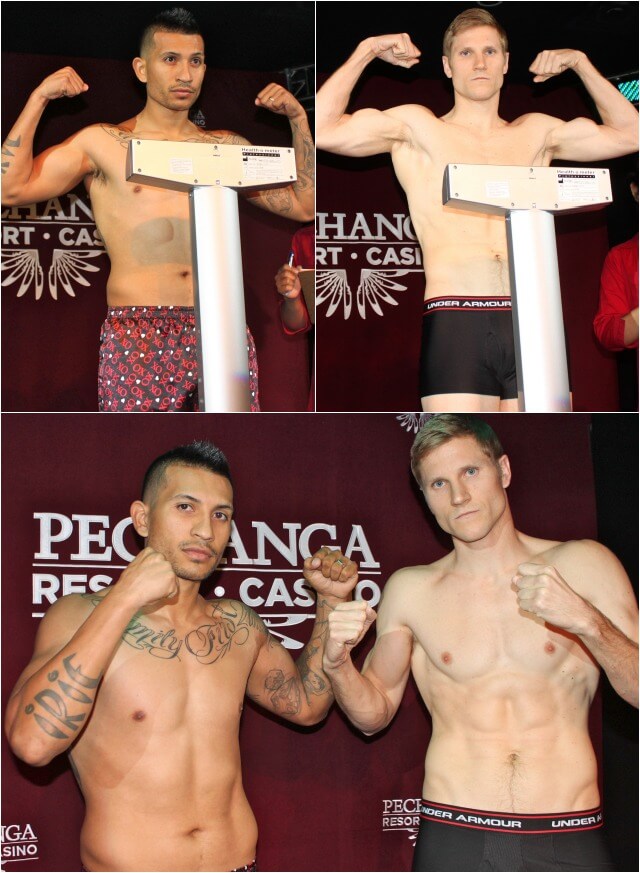 This Muay Thai match-up was for the IAMTF Super Middleweight Western Title.

Steelsmith, the noticeably taller fighter had the strategic and tactical advantage. Team Nielsen American Boxing and Nakmuay (Thai word for a Muay Thai fighter) Francisco Garcia had their Thai Boxing tested from top to bottom with the taller well schooled and trained fighter in Steelsmith.

Conditioning was even, heart was even, this fight came down to who had the better game plan, technique, and the application of both.

Round 1 was close with both fighters really letting their hands go and the occasional kick being fired. The edge went to Garcia for his power, ring control and sweeping leg kicks.

Round 2, Steelsmith really turned it on throwing a barrage of punches at Garcia. Garcia blocked most of the onslaught and fired back with leg kicks and boxing that backed-up Steelsmith. With 10 seconds remaining in the Muay Thai round, 5’10” Garcia took the angle on Steelsmith, faked the clinch and landed a devastating head-kick to the face of his 6’2″ opponent. Steelsmith dropped to the canvas but stood up quickly and staggered to the closest corner in order to recover. The kick by Garcia caused a cut to the bridge of Steelsmiths’ nose as well as internal damage which could be seen by the flow of blood in the later rounds. The referees count for the knockdown went into the rounds end, saving Steelsmith from further Garcia punishment.

The 3rd Round was some of the same, a few kicks from each fighter and lots of Boxing with again, the more effective Boxing strikes from Garcia who really opened up that nose from the last rounds head kick. With the blood of Steelsmiths nose really flowing, Garcia rocked Steelsmith with a right hand and went in for the finish, but Steelsmith survived once again.

The 4th and Final Round Steelsmith and his corner knew he needed something big. Following Menor’s corner instructions Steelsmith began throwing knees and locking Garcia up in the clinch. Unfortunately for Steelsmith and his corner, Garcia was just too well prepared and neutralized everything Steelsmith threw at him. Garcia had followed Nielsen’s game plan perfectly in each round and this was just too little too late from the AO8 Team. With just 20 seconds remaining in the round and fight, Garcia caught Steelsmith with another right hand that sent him back covering up. Garcia walked Steelsmith down throwing precise power shots to the head of Steelsmith who continued to cover, Garcia fired another head kick to finish him…IT LANDED! Steelsmith is beyond tough, fortunately for him, it appears he was so tired his head just bounced off the shin of Garcia and he survived the final round. Check out the photo series here for the final blow: 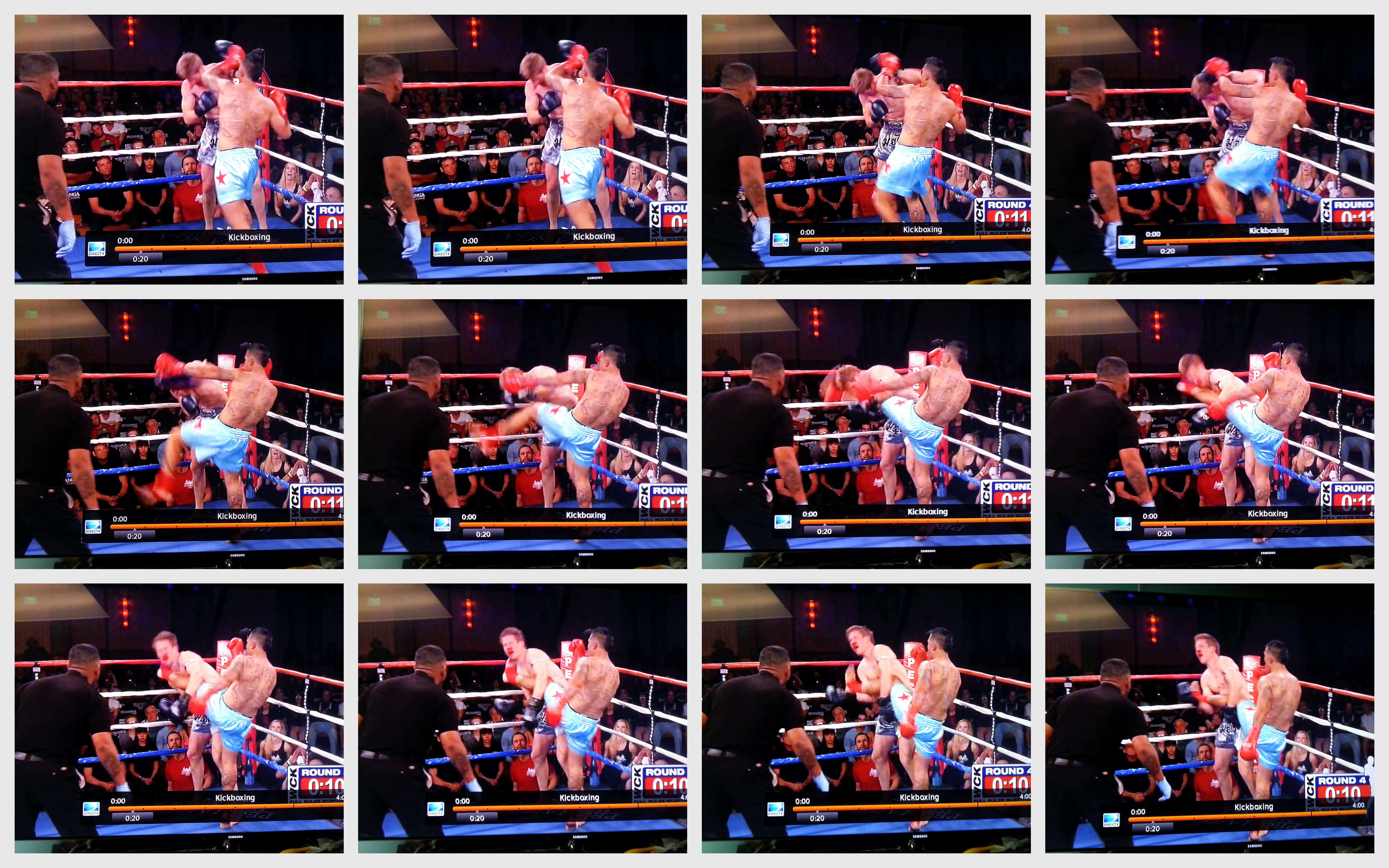 A Frame by frame view of the fights final blow, a head kick by Garcia.

All for the Winner and new IAMTF Super Middleweight Western Champion, San Diego’s own Francisco Garcia. 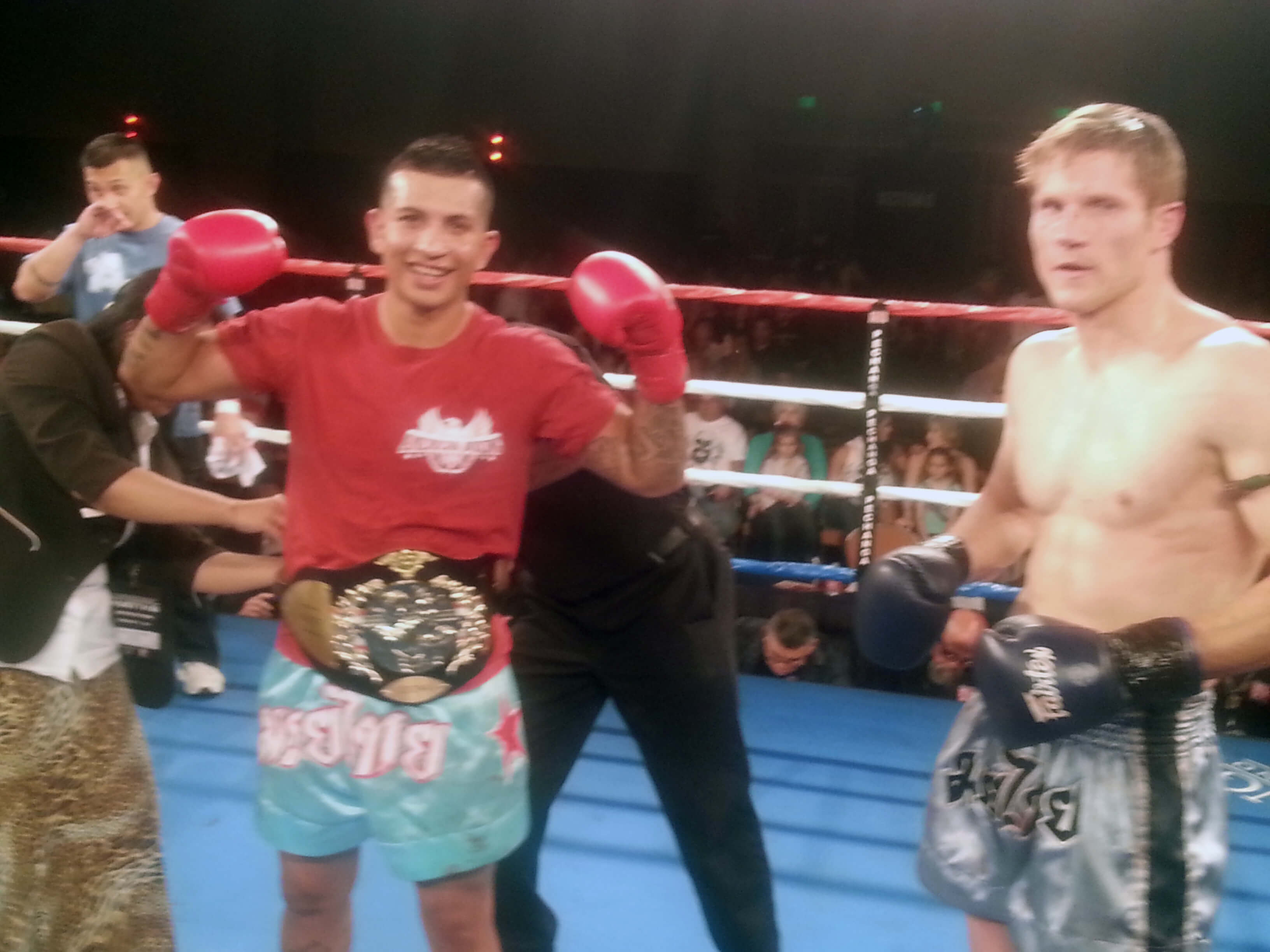 Interested in having a Team Nielsen American Boxing fighter in your show?