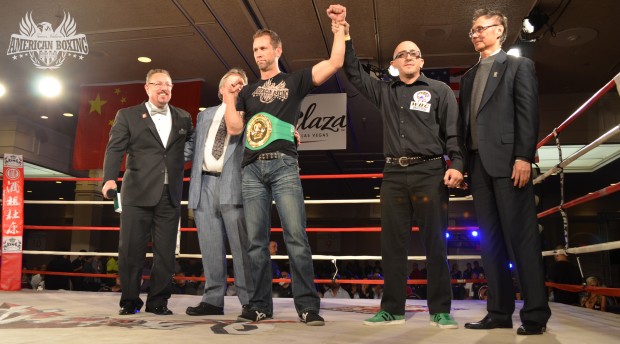 The first Round of this WBC Muay Thai fight title fight saw Madigan putting together some good hand combinations, putting Nielsen up against the ropes on more than one occasion.  Nielsen was effective at keeping Madigan off balance with his front push kick, knocking Madigan to the ground at least one time.  Nielsen’s counter leg kicks seemed to effect Madigan as he turned to a southpaw position towards the end of the 1st Round.

The 2nd Round saw Nielsen begin to use his hands a bit but that ended shortly after a leg kick exchange by both fighters.  Nielsen stepped across Madigan to his back leg, sweeping Madigan.  In 1 fluid motion, Nielsen followed up with a head kick directly to Madigans head, dropping him to the mat instantly.  Madigan was counted out by referee Paulo Tocha.  Nielsen wins by 2nd Round KO.

Since Madigans hand had touched the mat, photographers with little actual knowledge of Muay Thai rules and technique began to show photos of Madigans hand on the mat.  The referee stated clearly that in Muay Thai unlike Boxing, a hand can touch the mat, ie: a cartwheel kick.  Nevertheless, the referees decision was not based on hands.  In fact another premise of Thai Boxing prevailed.  The fact that the follow up kick was “an action in motion” meaning that the sweep and followup head kick by Nielsen was 1 combination and that Nielsen had not stopped and kicked a downed opponent, rather, it was Madigan who had failed to protect himself at all times.  After reviewing the video, it was determined that from the beginning of the sweep until the head kick was just a couple tenths of 1 second…not even 1 second from the beginning of the first kick until the 2nd landed!  Very fast and in the flow of the situation.  The technique was seen by countless experienced people ringside that saw no error on the part of Nielsen and assured him that similar technique is often seen in Lumpinee stadium Bangkok.  An opponent is often swept or thrown to the ground and a follow up kick or knee finishes the job in one fluid motion.  Common, legal and “an action in motion”.

After some debate, the WBC has determined that the referees ruling stands and Dave Nielsen is the Current WBC Muay Thai US Cruiserweight Champion. 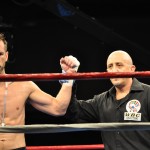 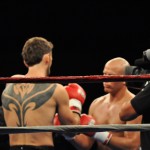 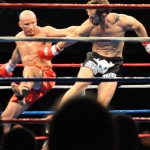 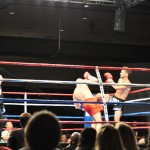 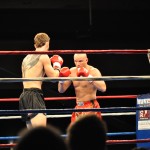 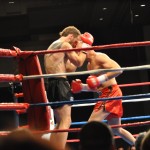 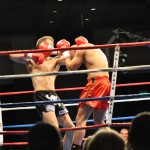 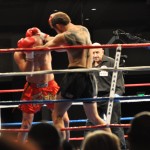 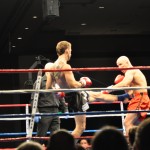 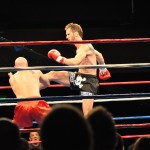 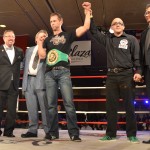 Due to a shipping error, the WBC belt earned by Coach Dave after his August 18, 2012 victory vs Ryan Madigan, was presented to him at the annual televised WCK (World Council Kickboxing) USA vs. China event held in Las Vegas November 11 2012.